The above image shows vultures in front of CCA’s Trousdale Turner Correctional Facility in Hartsville, TN. They know how to find houses of death, and landscapes of destruction.  CCA is always and only a house of death. Some systems cannot be reformed; they must be stopped. Such is the case with private prisons. Because there is no place in a free society for carceral slavery, help us break the largest human auction block in America.  No Exceptions—through collaborations with sister regional organizations—will expand its focus to end private prisons and carceral slavery. Please keep up with us on FB and Twitter for future actions. 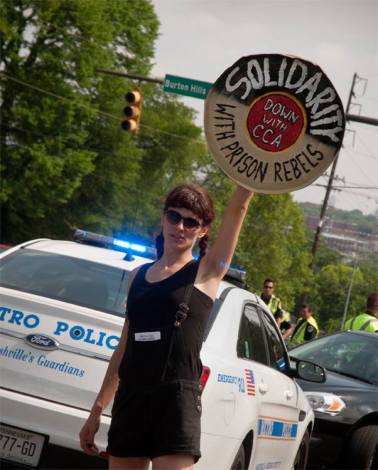 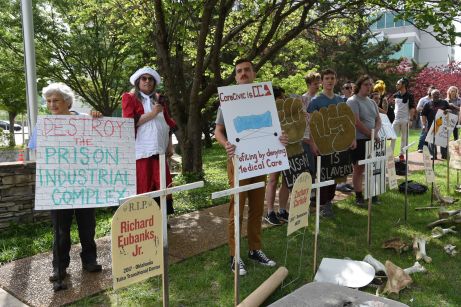 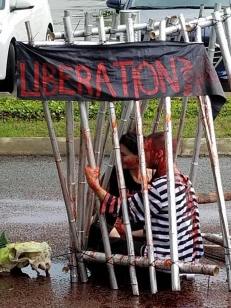 Article 1 Section 33 of the Tennessee Constitution reads: “That slavery and involuntary servitude, except as a punishment for crime, whereof the party shall have been duly convicted, are forever prohibited in this state.”  We the undersigned individuals and organizations believe that the time is long overdue for the State of Tennessee, and indeed the United States of America, to permanently abolish all forms of slavery with no exceptions.  To that end we call on the Tennessee Legislature, the Governor, and the citizens of Tennessee to amend Section 33 to henceforth read “That slavery and involuntary servitude are forever prohibited in this state.” The only moral response to slavery is abolition, and we refuse to continue to participate in this immoral order which is nothing short of a crime against humanity.

Showing Up for Racial Justice (SURJ)

Add your name or organization in support of the #Amend33 campaign.

Ava DuVernay’s timely and compelling documentary, 13th, traces the history of American slavery history through chattel slavery, the convict lease system, Jim Crow, and today’s carceral slavery through mass incarceration. If you attended the October 26th Screening of 13th and Panel Discussion, you are invited to complete this survey.

Check out coverage on NPR and The Tennessean.